It’s been a long time since we gave an update on DriftFX (we announced our PoC roughly 1.5 years ago) but I’m pleased to share with you that we’ve worked hard on it for the past half year to turn the PoC-Code into something we think will get v1.0 of DriftFX.

While our first implementation was focused on the usecase of the main sponsor (and is used in product already) we took the stuff we learned from it and hopefully came up without repeating mistakes we made in our PoC.

Before going into detail let me repeat what DriftFX is (and what it is not):

So let’s take a closer look what we worked on for the last couple of months: 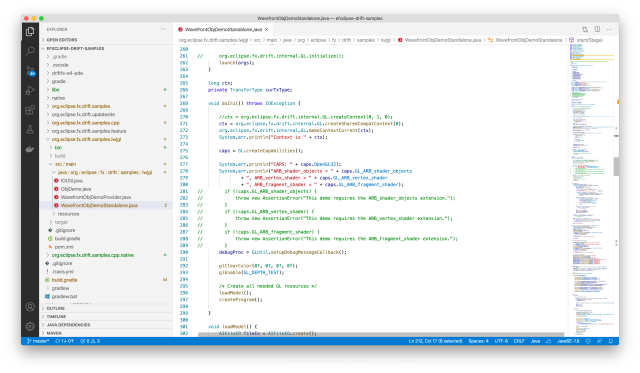 While we are still fixing some details, write some documentation we’d like to get feedback from the wider OpenSource-Community.

This entry was posted in e(fx)clipse, Uncategorized. Bookmark the permalink.